Why Are UU Humanists Overlooked? 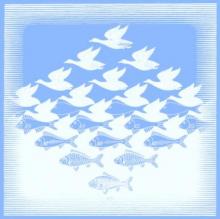 Over breakfast this morning, my husband told me about an interesting NY Times article that I should read, "It mentions your UU Humanist organization," he added. I was skeptical, but I thought perhaps I had missed something since I had been busy all day yesterday at a memorial for a cousin and hadn't even glanced at social media. After a quick scan of my Facebook news feed, I concluded he meant this article, "Wanted: A Theology of Atheism", by Molly Worthen. After reading it, I could see why he thought that it had something to do with UU Humanism. Worthen writes, "Humanist fellowships have often imitated the practices of traditional worship. Sunday Assembly’s close relative, the Society for Ethical Culture, has featured rousing music and a lecture at Sunday meetings since 1876." When one encounters the phrase "Humanist fellowships", free association usually causes the phrase "Unitarian Universalism" to come to mind to the initiated.

And of course it does. There are over 1,000 well-established UU congregations to the Ethical Culture's 22 and Sunday Assembly's brand new 100-ish (if you include the ones listed as "warm-up" as well as "established")*. A good percentage of UUs are Humanists. How many you ask? We don't know for sure. It was 46% back in 1998, the last time the Unitarian Universalist Association actually asked. It is probably lower now but it is still quite high. Why is UU Humanism not even mentioned in an article about atheists building communities that are like religious communities? We make up the largest number of this group but we are often invisible to the press and to the public.

The first, obvious answer is that we are neither fish nor fowl. Because we are not 100% non-theistic, we are not even considered in the category of "atheist churches" that the media is so enamored with. This is even though the numbers of the openly secular in our churches / fellowships / societies / congregations dwarfs those of the other organizations and even though a significant percentage of our "clergy" identify as atheist, agnostic, and/or humanist. Some people see our inclusiveness as a bug and other people see it as a feature. Personally, I think our shared (humanist) values are more important than our lack of shared beliefs, and I value our UU resources and our long history of social action that increases our ability to change the world.

The second, obvious answer is because we don't tell people. How are they supposed to know outside of our circles? "We", the UU Humanist Association, obviously tell people that UU congregations are good "Habitats for Humanism", but "we" Unitarian Universalists individuals, congregations, and the Association that represents us don't often tell people. We keep our lamp under a bushel basket, to misappropriate an analogy.

So, there is little pull for atheists into UU congregations except for the tired but true joke, "What do you call an atheist with kids? A Unitarian." (Guess how I finally got connected with my local First Parish Church?) Once those kids are too old for Religious Education though, few stick around.

The idea of church for atheists has really caught the media's attention. The trend in our society is toward secularism so this interest and the need for secular community will only grow, just look at the rate that new Sunday Assemblies are starting up. Just as being a Welcoming Congregation for LGBTQ people does not mean a UU congregation is unwelcoming to straight people, being welcoming to atheists, agnostics, humanists and other non-theists (who share a similar problem with the LGBTQ movement of choosing an identity label) does not mean a UU congregation is hostile to theists. We need to tell people loud and clear, "Many of us are atheists and the rest stand on the side of love with atheists, in spite of our society's misconceptions about them." We can do this as individuals (ministers or lay people), we can do this as congregations, and we can do this as the UUA.

* After re-reading what I wrote about UUA, AEU and SA numbers, I do not want to leave the impression that this is a competition. One of the best scenarios I know of is having a Sunday Assembly meet in a UU space after the "traditional" UU service to give some non-theists an experience that feels more authentic. Or an equally good scenario is to have a UU congregation that is dual-affiliated with the UUA and AEU, like the Washington Ethical Society, thereby getting the best of both of those worlds. And there may even be other good choices in a particular area, like a local Oasis or Humanist Hub. What works best depends on the community of people involved, and cooperation and collaboration will benefit all by making more styles of community available so no one group has to be "one size fits all".

Image credit: "Sky and Water I" by M.C. Escher

Great post, Maria. I think we as UU Humanists need to declare ourselves as such loudly and proudly. It's important to do so not only in the old-style architecture of our congregations, but also in the virtual spaces of the internet. I think by emphasizing the specific value we bring, of social justice and inter-value collaboration, is especially useful. Thank you for your great post!

Totally sharing this with people in my congregation. Thank you!

Our Unitarian group recently became a Chapter of the American Humanist Association, as well as affiliating with UU Humanists. We're a small start-up that has been having services on the 1st and 3rd Sundays. In January this year, we added another service on the 2nd Sunday which we are calling "Secular Sunday" which is aimed at humanists, atheists, agnostics, skeptics, and "nones". It's a program/lecture presentation with discussion, There are no "church" elements beyond lighting a chalice. I don't understand why we think we can attract people who don't want to go to "church" to a church service, which is why we're offering this alternative. If this proves successful, we may extend it to the 4th Sunday next year.

It is great to hear your new community is getting off to such a great start! I agree completely with your statement, "I don't understand why we think we can attract people who don't want to go to "church" to a church service."

Do you have any music on Secular Sunday?