The Clergy Letter Project: Demonstrating the Compatibility of Religion and Science 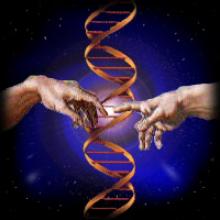 There’s an all-too common view in the United States that religion and science are in conflict.  While this conflict takes many forms, none is more prevalent than that associated with the evolution/creation debate.  Simply put, there are some who proclaim loudly and often that one can’t be truly religious if evolution is accepted.  The basic premise of this position is that people must choose between their religion and modern science; that it is impossible to embrace both.

In fact, however, despite the volume of these claims, this position is very much at odds with what a huge majority of devout individuals understand.  In an attempt to share this message as broadly as possible, I created a grassroots organization that has grown to more than 15,000 clergy members.  This organization, The Clergy Letter Project, has three clear and simple goals:

The Clergy Letter Project began over ten years ago by collecting signatures from Christian clergy members on a two paragraph letter urging that evolution be taught in public school science classrooms and laboratories.  The Letter became quite popular and Christian clergy members all across the United States flocked to sign it.  To date, it has amassed 12,990 signatures.

Immediately upon its release, I began to hear from Unitarian Universalist ministers.  While some were willing to sign The Clergy Letter, others expressed discomfort doing so because of its explicitly Christian focus.  Many of those who contacted me urged me to develop a similar letter specifically for UU clergy.  In response to this call, a number of UU clergy did just that and The UU Clergy Letter was born and it has now been signed by 284 UU clergy members.

The UU Clergy Letter notes, “While most Unitarian Universalists believe that many sacred scriptures convey timeless truths about humans and our relationship to the sacred, we stand in solidarity with our Christian and Jewish brothers and sisters who do not read the Bible literally, as they would a science textbook. We believe that religious truth is of a different order from scientific truth. Its purpose is not to convey scientific information but to transform hearts.”

The Letter concludes, in much the same manner as The Christian Clergy Letter, by proclaiming, “We the undersigned, Unitarian Universalist clergy, believe that the timeless truths of the Bible and other scriptures may comfortably coexist with the discoveries of modern science. We believe that the theory of evolution is a foundational scientific truth, one that has stood up to rigorous scrutiny and upon which much of human knowledge and achievement rests. To reject this truth or to treat it as "one theory among others" is to deliberately embrace scientific ignorance and transmit such ignorance to our children. We urge school board members to preserve the integrity of the science curriculum by affirming the teaching of the theory of evolution as a core component of human knowledge. We ask that science remain science and that religion remain religion, two very different, but complementary, forms of truth.”

The UU Clergy Letter thus stands with The Christian Clergy Letter, The Rabbi Letter and The Buddhist Clergy Letter and serves to make it clear that a choice does not have to be made between deeply held faith and the best modern science has to offer.

Clergy from all of these religions have recognized that as important as signing a powerful letter is, doing so is not enough.  Indeed, they have banded together to take an additional step, to create an annual event entitled Evolution Weekend.  On this weekend, the weekend closest to the anniversary of the birth of Charles Darwin (February 12th), congregations from a wide variety of faiths and from all corners of the globe, celebrate the compatibility of religion and science.  Every one of these events is local, with clergy and community members deciding the best way to celebrate.  Some congregations listen to a sermon, while others host a speaker.  Still others discuss a book or video over lunch, while others introduce children to the topic.  Together, with hundreds of participating congregations all over the world acting independently, a common voice can be heard and meaningful dialogue is taking place.

Clergy members have reported that the responses from their congregations have been overwhelmingly positive.  This report from a Maryland minister is typical:  “One woman came up to us afterwards and said, with tears in her eyes, that she’d been waiting for 50 years to hear this message from her church.”   Similarly, an Ohio pastor noted, Evolution Weekend attendance is always high with an attendee enthusing, “It’s great to belong to a church where we are encouraged to think.”

Evolution Weekend 2015 (13-15 February) will be the Tenth Annual Evolution Weekend.  Since its inception, participating clergy have reached over three-quarters of a million congregants with this message of compatibility.  And with ample press coverage, this message has spread to many millions more.  People are learning that religion and science can be compatible, that the two fields ask and answer different questions, and that those saying otherwise are not speaking for most religious leaders.

What You Can Do

If this message resonates with you, UU ministers, please join thousands of your fellow clergy members; and UU layfolk, encourage your minister to do so.  You can add your name to The UU Clergy Letter and/or The Christian Clergy Letter simply by dropping me a note at mz@theclergyletterproject.org.  Similarly, if you would like your congregation to be listed as a participant in Evolution Weekend, just drop me a note and I’ll add you to our growing list.  (Please note, that participation in Evolution Weekend can take place any time in the temporal vicinity of February 13th-15th.)

Together we can raise the quality of the discussion and reframe the parameters.  Together we can reclaim religion from those who have defined in it their own very narrow image.

However you opt to do so, I hope you celebrate the 10th annual Evolution Weekend by thinking deeply about these important issues.  The ability to do just that, after all, is what separates humans from the rest of the world!

I look forward to hearing from you!

Michael Zimmerman, founder and executive director of The Clergy Letter Project, is vice president for academic affairs at The Evergreen State College in Olympia, Washington.  He can be contacted at mz@theclergyletterproject.org.