Relax: #Humanism Is Not Mack the Knife 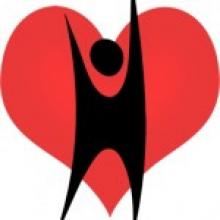 Small Humanist groups are popping up and organizing around the US, some as independent groups, some as interest groups within larger Unitarian Universalist congregations. This movement has drawn some interesting reactions . . .

I know these reactions well, because one of the oddities about my position as a minister at First Unitarian Society of Minneapolis is that many people I meet know up front that I’m a Humanist. Often I get asked to speak various places because I’m a Humanist, but sometimes I meet up with a hostility that surprises me. I’ve even had people say out of the blue, “I KNOW there’s a God!” To which I don’t have much of a response . . . “That’s nice for you”? Or should I take the time to explain that Humanism isn’t really much about that question?

There seems to be a fear that Humanism is a corrosive force that must be contained, a genie in a lamp that must be kept bottled up at all costs. Now, sure, I know that there are those in the freethought community, especially among newly-converted atheists, who do wield reason like a sharp razor. But I’m not one of those, and most Humanists aren’t.

The power of humanist ideas is that we know that we don’t know a whole lot of things, and we’re good with that.

Admittedly I do grow weary of hearing how the Enlightenment screwed everything up. The fact that we all have the right to say what we think . . . or feel . . . is a product of the Enlightenment. So is medicine that actually works.

Oh, and then there’s that head/heart thing. Sometimes I do get snippy about that. Yes, most people know that the whole body contributes to thought. Once upon a time that fact was explained by the head and heart thing; then there was much talk contrasting thoughts occurring in the amygdala and the frontal cortex. Now it appears that different thoughts have different circuits but that all of the brain is involved, all the time. And the rest of the body.

OK, I understand that the head/heart thing is about trusting subjectivity. Sure—I may say “to-may-to” and you say “to-ma-toe.” But, as Radiohead reminds us, “Just because you feel it doesn’t mean it’s there.” Subjectivity makes for an interesting subject of discussion, but it doesn’t guarantee truth claims that are true for everyone.

Such a conviction doesn’t make me—or Humanism—a corrosive force to be contained, or a straight razor to be feared. We aren’t Mack the Knife out to ambush anybody’s Sunday morning. We’re merely part of that diversity thing . . . a good Enlightenment ideal.

Rev. Dr. David Breeden is the social media manager of the UU Humanist Association, serves as Chair of the Education Committee of the American Humanist Association, and is Senior Minister at First Unitarian Society, Minneapolis. David has a Master of Fine Arts in poetry from The Iowa Writers’ Workshop and a PhD from the Center for Writers at the University of Southern Mississippi, with additional study in writing and Buddhism at Naropa Institute in Boulder, Colorado. He also has a Master of Divinity degree from Meadville Lombard Theological School. He blogs at https://medium.com/@davidbreeden7. He tweets at @dbreeden.

It is good to know, but even better to admit it aloud to friends and family, that I don't have the answer to all of life's questions. It shows humility, awareness of my intellectual and experiential limits as a human. Hearing my family say with conviction and certainty "I know that God loves me [and so on...]" is difficult to endure because I want to correct them, point out that knowing and knowledge are limited to experiences and try to persuade them to realize that they don't really know that, but I don't. I smile or look away or wait for them to finish, and I keep breathing because life will move on and something else will pop up its head in just a few seconds unless I choose to keep this moment alive, focus on this moment, these words, these ideas. I never reply with the opposite at that moment, even though they are saying these words to let me know that they know that they are right (and that I am wrong). I just let it go, allowing them to express how they feel (because they want to), and not forcing them to feel as I do or to think as I do. I just let them be themselves, and I feel good about this, even though it means that the words I want to say, my thoughts, my ideas, remain silent within me, silent, until I arrive at a UU place of worship and meet others who speak differently, think differently than my family. And I can breathe the air of freedom, freedom from myths and dogma and guilt. My voyage from theism to atheism has not filled my mind with new knowledge as much as it has trimmed and clipped away the false-knowledge that was planted there in my youth. So, maybe now, as an aging man, I know less than I did before, and I am okay with that.