Sneaking One Over on the Humanists (warning: snark) 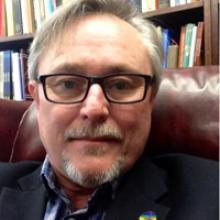 [Editor's note: This is the second article published recently that makes a case against the use of traditional religious language in Unitarian Universalism. As the poll of our members and friends indicates (at least with the current sample) about a third of you have no problem with such language though, unsurprisingly, few UU Humanists prefer it. I would like to publish an article that makes the case that using traditional religious language is not an issue. Please consider submitting one.]

Since I am the Senior Minister at a historically humanist congregation, the birthplace of religious humanism, I often hear from ministers and ministerial interns of a more theistic bent how they intend to sneak theological concepts from the Christian tradition into their remarks or liturgy in my congregation. Things like “sacred.” Things such as one god or another, usually one arising out of process theology. Things like “soul,” a plausible afterlife, “faith,” just a tiny hint of intercessory prayer. “Holy,” (which seems to always require a “the” in front of it for reasons I can’t fathom). “Worship.” A redefinition of US culture’s favorite word, “spiritual.”

I try to be polite about this. Really I do. I suppose I’m told of this intention with a wink because, since I’m a Unitarian Universalist minister, my compadres think I must actually be aching to use such ideas and words myself.

That doesn’t mean that we aren’t polite to those of other faiths. Actually, we are leaders in multi-faith work exactly because we view all religions from a detached perspective. Detached. As in, we don’t buy it, but we respect those who do.

Allow me to say that, actually, humanists have heard all the words that those of a theistic bent might wish to conjure in our assemblies.

Yes, we know what “sacred” means. It comes from the Latin, sacrare, which means “to make holy.” Refer to “the Holy,” below. Notice the tautology.

Here’s what I think: Nothing is sacred if everything isn’t sacred. Seriously. Think about it.

“Soul.” It’s good music. But in religious terms it is an old-fashioned term that inadequately describes human consciousness. Terms from Phrenology aren’t all that useful either.

Reincarnation. Nope. Not if the thought is that consciousness somehow travels from one body to the next. But as to the “incarnat-” part of the word, meaning “flesh,” sure. No problem. Our afterlife is as endlessly recycled carbon. Everything else is wishful thinking, also known as superstition.

But we all have “faith” in SOMETHING, don’t we? Sure. It’s an English word. It’s usable. But, with Inigo Montoya I have to say, “I don’t think that word means what you think it means.” For further research, consider exploring the theological twists and turns of the word pistis.

Yes, “prayer” as a word can be plausibly used in other contexts. But if you’re asking the sky—or your own subjective reality—to act as your own personal ATM, well, I also suspect you still believe it’s all about you.

“The Holy.” Refer back to “sacred.” Read “Footnote to Howl” by Allen Ginsberg. He gets “holy” right at the end of that poem. (parental warning: explicit lyrics)

OK, I’ll concede the etymology of “worship,” which is indeed “giving worth to.” That’s denotation, as many of us learned in fifth grade. The connotation, for many humanists, is bowing, scraping, and groveling. It’s something to be done in the presence of tyrants and mobsters, not in the presence of “the holy.” (Refer to above.)

Oh, and “spiritual.” It’s a feeling. It can be generated by various means and technologies. It comes from an appreciation of art and beauty (which is sometimes even the same thing). The existence of a feeling we call “spiritual” proves that there are gods exactly as well as having an appetite implies deep-fried unicorn.

I admit it: I’m being a bit snarky. But, dear theist, when you come among humanists, be nice. Slipping one in on us just isn’t polite. These words, these concepts—they are culturally specific, for the most part. Christian, in other words. They have baggage. They have body counts. They’re boring to many of us. Learn to communicate your positive message with some new language. Believe me—I mean have faith: It’s fun.

Rev. Dr. David Breeden is the social media manager of the UU Humanist Association, serves as co-dean of the Humanist Institute, and is Senior Minister at First Unitarian Society, Minneapolis. David has a Master of Fine Arts in poetry from The Iowa Writers’ Workshop and a PhD from the Center for Writers at the University of Southern Mississippi, with additional study in writing and Buddhism at Naropa Institute in Boulder, Colorado. He also has a Master of Divinity degree from Meadville Lombard Theological School. He blogs at http://wayofoneness.wordpress.com/, on the UU Collective, Quest for Meaning on Patheos, http://www.patheos.com/blogs/uucollective/, and http://revdocdavid.tumblr.com/. He tweets at @dbreeden.

Thank you for expressing so well what many of us think.

I can see no way that this Universe can change it's fundamental operating systems because we ask nicely. There are no "miracles" as my friends think of them, coincidences, yes.
Each human being, each consciousness, is a product of the creative potential of this Universe. If we wish to see miracles, look at the fact of our own consciousnesses.
My personal aspiration is to appreciate as fully as possible the ongoing experience of my life each day. That is "miracle" enough for me.

Agree. Those words are usually used in the context of a lowest common denominator - to attract all like gravity.
Another word, "truth", just awful -- in most contexts whether capitalized or not. Generally, the word "truth" scares me so.

I agree 100% with David Breeden in this blog post. I usually differentiate the words by whether they require supernaturalism or if they can be used strictly in a naturalist setting. Another pet peeve word of mine is "grace". I, as a naturalist, have no idea or concept what "grace" means. And I shudder every time I hear so many people say how much they love the song "Amazing Grace".

Even I, a more edgy humanist--and former religious devotee, could adapt religious language to make it work for me--an atheist. However, I don't want to because I don't want anyone to misconstrue what I believe or mean. Religious language is not archaic; it remains very much in use by people with very different worldviews than mine--and in no way do I want what I believe to be confused with those other folks who believe otherwise. That's counterproductive to the humanist movement, naturalism and the betterment of humanity. I want no part of that. Poetry and art are one thing; mangling language is quite another. Let's say what we mean.

There are two main reasons for avoiding religious language in UU:

1. It doesn't fit with the responsible search for truth. When we use words without being clear about our meaning, we invite confusion and thus thwart meaningful connections.

We are all comfort-seeking humans. It would be easy to attend a UU service and have the feeling of unity and connectedness and settle for that. But feelings aren't facts. If we are to be genuinely connected, we have to do the hard work of saying what our words mean, and accepting the consequences. Otherwise, we have a Tower of Babel problem, where we feel connected but really are alone in our subjective realities.

2. It is a vector for religious privilege. As Breeden notes, what could be more classist than concepts like 'holy' and 'sacred' and 'worship'? This is at odds with equity in human relations (2nd Principle).

If we value the 7 Principles, religious language is more trouble than it's worth. Religious language is like fireworks. We shouldn't shun it or ban it, but to say we hold our values, we have to engage it. That means labeling it honestly and using it carefully.