Community and UU and Humanism and HUUmanism 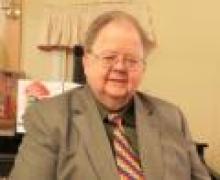 Editor's note: this is another essay in the "Why I Am a UU Humanist" series. What is your story? Contact us and let us share it.

As a new member to HUUmanism (Pronounced "HU-U-manism"), I received a welcome packet including two issues of their journal “Religious Humanism”.  In the Fall 2012 issue, the Editor’s Preface says “Increasingly, we face a choice, framed elsewhere by Mike Werner, [an author of one of the articles] between secular Humanist groups who do a better job of embodying a rational approach to life, and UU congregations who do a better job of providing full-fledged community.”  And several of the articles emphasized the role that “community” plays in UU congregations and also Humanist groups.

“Community” is one of those words that we use in everyday parlance and seldom stop to think about.  I found myself reacting to the word with the first associations of friendly and welcoming group of people.  But as I reflected on the word a bit more, I realized that there was another aspect to it for me that adds a new, fuller dimension to the word.  (I realize that the word “welcoming” may sometimes mean “welcoming to the GLBT community”, but I am using it here in the broader sense of welcoming of anyone and everyone.)

When I first moved to the Boston area 13 years ago after living in the Philadelphia area and before that in Chicago, I found the people here to be friendly and welcoming.  I could talk to people in line at the supermarket and talk about the weather and other superficial, friendly chit-chats.  I found friendly folks in the choruses I joined, the Boards of Director of non-profit organizations where I served, and even at work.   But I found that the people were not inclusive.  No one would say “Let’s get together for lunch”, or “We’re doing such and such this Saturday, would you like to join us?”  There was no opportunity for engagement or building of a relationship.  I found that if I met a man I respected and desired to get to know better, I would ask to get together for lunch, or a drink and I would realize that he thought I was trying hit on him as if we were in a singles bar.  And I found the same type of response if I suggested that to a woman. That type of friendliness just isn’t practiced here.

A few years after moving, I attended the Arts Week Conference at Star Island which has a history of being connected to both the UU and UCC churches.  With my Fundamentalist upbringing but my non-religious current beliefs, I wasn’t looking forward to the daily Chapel services each morning.  But after the first service, I mentioned to my ex-wife that I loved a service where the word “god” wasn’t mentioned once.  That was my introduction to UUs.  I became friends with the UU minister and met with her for meals and at other times that week for some great conversations.

After returning from Star Island, I checked into our local church which was also a combination of UU and UCC.  (It turned out that the UCC half was much larger than the UU half.)  I arranged to have breakfast on several Saturday mornings with the minister.  I’m sure that on our first meeting or two, the minister looked at me as a missionary would view a Tutsi and was hoping to corral me as another member.  However soon we were having peer-to-peer discussions on issues international, national, local and even issues within the church.  (Like the fact that she loved my bumper sticker “When the love of power is replaced by the power of love, then the world will know peace”. But as a minister of that particular church she wasn’t allowed to put any such bumper stickers on her car.)  I did become engaged in the church and was the editor of their newsletter, participated in several special projects, and even gave a few “sermons” in her absence.

But I felt badly that I didn’t have other close friends in the church.  We would have a time of refreshments after the Sunday service and also discussion groups following the refreshments.  The other members would be friendly and we might talk about the service or other issues, but we’d never get together outside of the church activities. So one January 1st, I resolved to do something about it myself.  (I’m a believer that I must be the change that I want.)  My resolution was to invite someone from the church for dinner (or whatever) once a month.  That month, my ex-wife and I invited the minister and her family over for a Sunday dinner of fondue.  But I found that the social dynamic of the minister, her husband, their five-year old, and my ex-wife meant that the discussion never rose above the chit-chat level.  Friendly, yes.  But still superficial.

And then I failed at getting anyone else from the church to get together with us.  Like a well-brought-up adolescent, I would make it easy for them to say “No”, I would try three times, and then I would accept that it isn’t going to work and would move on.  So my ex-wife and I tried another UU church. But the minister there wasn’t interested in a peer-to-peer relationship and viewed me only as a congregant filling a spot in a pew. And during the social hour following the service, it became apparent that the level of interactions with the members would not rise above the superficial level.  Friendly and welcoming, but without depth.

Then I moved to another city and again had trouble developing any kind of a relationship with the minister or the UU church members outside of the church activities. And then I heard of a Humanism group which met once a month.  I went there and really liked what I learned about Humanism and felt comfortable with their philosophy as well as the stimulating environment. Again, I became quite engaged in the group even giving a multi-media presentation on Dewey as a Humanist and was asked to be on the Steering Committee.  But again, the only personal interactions were a few minutes before or after a planned activity.  For that reason, plus the reason that I felt their definition of “Humanism” was too narrow in that it seemed to only include Pro-Science or Anti-Religion, I left.

Then I found another Humanist group – the Concord Area Humanists.  After going to a few of their meetings and not really talking to many people, I at first wondered how long I would last there.  But then one of the leaders started to talk to me and realized that with my background I might be able and might enjoy an opportunity to participate.  So I was invited to be on their Steering Committee and became actively engaged in their activities. But more importantly, I found not one but several people who would, through their actions, say “You seem to be worth developing a non-superficial relationship with.”  In a short period of time I actually got together with three different leaders of the core group.  These “core leaders” were also the ones who introduced me to HUUmanism.

Through this journey I realized that I was looking for a church or belief system that resonated strongly within me, and was of course, friendly and welcoming.  But I also was looking for an environment which would provide me the opportunity to develop relationships that would be deeper than friendliness.  I required an opportunity to become engaged in the organization, and also I required relationships that were more than friendly interactions.

In my thoughts on “Self Culture”, a sermon by Ellery Channing in 1838, I developed what to me was a rather unique definition of “Culture”. “Culture” here is not the culture of art and humanities, nor is it an ethnic culture that we often think of.  Rather, it is like the biology culture dish (Petri dishes). This is an environment which is specifically designed to promote the development of an organism. In this case, the “organism” would be a developed relationship with another human. So to me, when I think of the “Community” that I want to find in a UU church, or a Humanism group, or in a HUUmanism group, I am looking for an environment which is specifically designed to promote interactions to the point of developing relationships.

Categories:
Why I am a UU Humanist essay