"Why I Am a UU Humanist", by Brian Lofgren 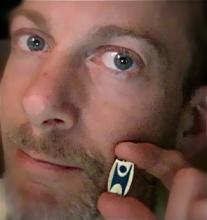 Editor's note: this is the first in a series of essays on this topic. Please, share your story.

Why I Am a UU Humanist

In my case, it took thirty-nine years to arrive as a Unitarian Universalist (UU) Humanist. I’m writing this essay just nine years beyond that memorable crossroad. I was raised in Christian culture. Like my Methodist parents and grandparents, I was conditioned from childhood to suspend critical thinking where religion was concerned, and just believe. This message was reinforced in the Lutheran school I attended from fourth, through eighth grade.

The popular God, the “Everything-God”, was the 'face' that personified not only the known, but the vast unknown. Religious systems may help followers meet some of their emotional, psychological, and social needs. However, readily accepting mythical-sounding stories as fact came at a cost.

I returned from South America in 2003, after five years as a Catholic “missioner”. I was in the throws of a cultural and religious transition that would last at least four more years. Furthermore, my wife and I had considerably downsized our economic footprint; we were starting over.

The five years of social justice work had brought me up to speed on the workings of Patriarchy, Hierarchy, systemic injustice, and the need for social, and environmental responsibility. During those reflective years, I had reevaluated my Methodist and Lutheran upbringing, my adopted Catholicism, and many other traditional, religious systems. Through a journey of book research and timely conversations, I slowly transitioned to a broader, more natural world view.

Soon after gaining easy, stateside access to the Internet, I stumbled across the religious debates and books of Christopher Hitchens, Sam Harris, and Richard Dawkins. The candor of their presentations, and the pointedness of their factual evidence ruptured my remaining bubble of contextual ignorance. In the aftershocks, I went through a period of emotional turbulence, and a sense of alarmed urgency.

Some friends and family members graciously responded to my long, sometimes agitated email conversations regarding various aspects of opposing world views. During that difficult transition period, I poured my thoughts into one of my web pages titled, “Toward Secular, Religious Harmony”. I’ll probably place a copy of this essay there, among my earlier musings.

After receiving a graduate degree in May of 2006, I was introduced to The Virtues Project. I had some poignant conversations with the projects’ founders and two of its instructors. I created over sixty illustrations for the Project, portraying examples of socially responsible behavior. I latched onto this idea of universal, healthy behavior. I was looking to bridge the gap between my past and present sense of self. I wished to connect with people dear to me on either side of the personal chasm I had crossed. Ethical virtues, and the UU Principles symbolized common ground. These were ideas I could embrace. I didn’t want to be fooled again. 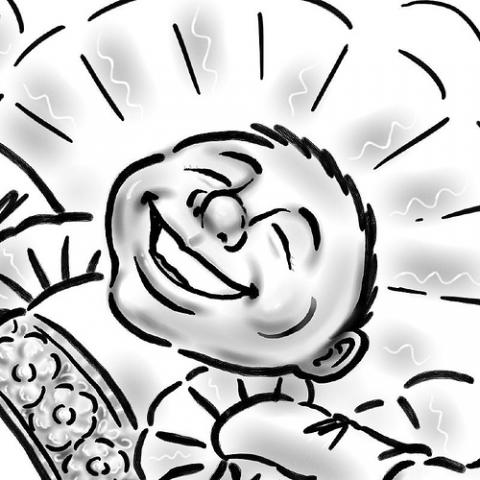 Throughout the summer and autumn of 2007, I worked compulsively, meticulously, to write, illustrate, and design a twenty-seven page booklet titled, Guide From Inside. I had nobly (idealistically) decided that this was to be a legacy, a lasting contribution. It incorporated playful sketches, memorable rhymes, and thoughtful reflection questions that explored the benefits of cooperation, courage, creativity, enthusiasm, fairness, forgiveness, kindness, moderation, peacefulness, respect, thankfulness, and truthfulness. I printed a box of books, and placed an e-book on line. Knowing little of marketing techniques, and having accomplished my task, I soon “called it a day” on my book project, and moved on. I’ll share a page now and then with one of my children, when a teachable moment presents itself.

2007 was also the year that I joined the Unitarian Universalists of Cedar Lane, Maryland. I chose Unitarian Universalism as a place to land in 2003, and they haven’t let me down yet. I’m also fond of Ethical Culture, and hope to visit those communities from time to time. My wife and our three children have joined me at Cedar Lane UU, and we are becoming more involved there each year. As the product designer of the official, UU Humanist, online store, I’m inspired to help promote a natural world view, especially where government policy is concerned. I’m also becoming endeared to the chalice symbol, and it’s history.

Religious stories are, arguably, inspired and imaginative, but current understanding has outgrown supernatural beliefs, and magical explanations. I no longer assume to know (through tradition, authority, or claims of revelation) more than current understanding supports. The 2012 Reason Rally in Washington, DC was an exciting show of support for the secular, and progressive religious movements. They are quickly gaining momentum in this age of informational access and social media.

I hope to retain the feeling of wonder I experienced in my youth. I’m seeing life with fresh eyes through my children, and through the amazing discoveries and images presented almost daily by scientists. Having shaken off the coils of religious Dogma and static Creed, our family has begun to form its own traditions.

I find it freeing to help create and take part in meaningful celebrations such as HumanLight, and Chalica. I’ve created a web page that shares that experience as well. The growing list of Humanistic celebrations, of course, includes Darwin Day and Earth Day. I would like our family traditions to be enjoyable, meaningful, educational, and to reflect reason, compassion, social responsibility, and a natural world view. I would like to see our Humanistic traditions evolve with us, as we grow and learn.

Categories:
opinion
Why I am a UU Humanist essay

I doubt you are either a Unitarian (believing in one god) or a Universalist (believing eternal salvation is available to everyone), but at least you're a humanist and that's the best of the three terms.

August - don't your Humanist principles include being NICE? You are in no position to judge the blogger's labels he has attributed to himself, nor which is the "best of the three". Stop being a bully.

Shannon, Please lighten up. I thought that August's comment was playful, not bullying. I think that we can all agree that most UUs (whether humanists or not) are no longer Unitarians or Universalists. That point has certainly been made in a friendly spirit at my UU congregation. Mary

August, Shannon, and Mary - Be well, and thanks for the comments! Self-labeling in an interesting topic in itself. Yes, UUism is currently rooted in our 7 Principles, and our Congregational mission/vision statements that include free search, and social/environmental responsibility. Here's a link about the largest identity group in the UUA - Humanists! http://www.uua.org/beliefs/welcome/humanism/index.shtml

I have to agree with Mary. August has a satirical way of putting things that we UUs are not used to but I don't think he was being judgemental. He obviously gets us. For evidence (and a laugh), check out his Inter-Non-Faith Dialogue, Part 1, and Part 2.

I really enjoyed your essay. Thanks for sharing it. I also would be interested in participating or helping to organize a HumanLight celebration in the Boston area. You sound like the sort of person I would love to sit down with over dinner and enjoy a great conversation. (As long as it wasn't "labelled" as "breaking bread together on our knees" as in the song - smile)

Perhaps Maria could include a blurb about you essayists to at least include where you do reside.

Thanks for the kind note, David! I live in Maryland. If you'd like to find, or organize a HL event, check out http://humanlight.njhn.org/wp/ and join the discussion on the HumanLight, Facebook page https://www.facebook.com/groups/211184232752/. Take care, and Happy HumanLight!