The UU Humanist Association Supports Humanist Chaplains in the Military 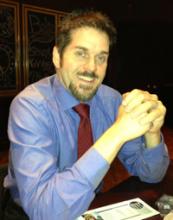 Jason Heap is eminently qualified to be a military chaplain and he has the endorsement of a religious organization, the Humanist Society. In a recent Washington Post "On Faith" article titled Humanists want a military chaplain to call their own, Kimberly Winston quotes Heap,

“This is my chance to give back to my country,” said Heap, 38. “I want to use my skills on behalf of our people in the service. Hopefully, the Navy will see where I can be useful.”

Unfortunately, the Humanist Society isn't one of the approximately 200 organizations that the Department of Defense recognizes as having the right to endorse chaplain candidates. This needs to change. With non-theists representing a significant percentage of the military, as they do in the general population, Humanists and other non-religious service members deserve the confidential comfort and support that chaplains provide. With many troops shying away from psychological counseling because of fears of repercussions to their military career, chaplains serve as trained listeners who can help troops deal with stress and anxiety.

The UU Humanists Association fully supports the Military Association of Atheists and Freethinkers (MAAF) in their effort to change the status quo in the military chaplaincy.

Meanwhile, the religious right is countering the call for more diversity with predictable claims of persecution. “They’ve pushed for Christian privilege under the guise of religious freedom,” says Jason Torpy, MAAF president. This is no different than the Catholic church's opposition to women's reproductive health rights under the same "logic". We were pleased to see that the Rev. Sarah Lammert, the UUA's Director of Ministries and Faith Development, quoted as saying,

Unitarian Universalism has a proud Humanist legacy and constituency and we encourage you to support MAAF and the effort to provide Humanist chaplains for our brothers and sisters in the military.

I'm curious why the UUA hasn't done the same. Have you requested they do so?

Submitted by Philip Stauber on Sun, 07/28/2013 - 11:17pm
Yes, we have been in touch with Sarah Lammert, an ecclesiastical endorser for military chaplains and director of ministries and faith development for the Unitarian Universalist Association, and she is in full support. Here is a letter to the editor she wrote to the NY Times:

I wish to remind you that Unitarian Universalist military chaplains do offer spiritual support to service members who identify as humanist, agnostic or atheist. This is not unusual for us, because there are Unitarian Universalists who identify as humanist, agnostic or atheist who are equally cherished members of our religion.
The Unitarian Universalist Association fully supports the efforts of the Military Association of Atheists and Freethinkers to include nontheist chaplains in the military as a necessary component in tending to the beliefs and spiritual needs of all service members.
Unitarian Universalists believe that people of all faiths, as well as those who do not identify with a religious denomination, deserve our support in the military, in light of the burden we ask them to bear. (Rev.)
SARAH LAMMERT
Boston, April 27, 2011